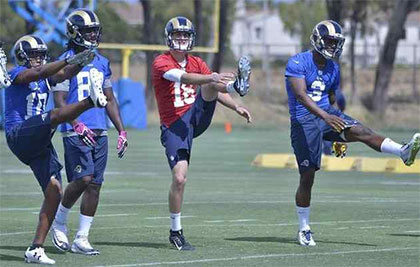 (Quarterback Jared Goff, center, warms up with his teammates during the Rams rookie minicamp in Oxnard.) With an HBO film crew set to follow the Los Angeles Rams around this summer, Jeff Fisher had some simple advice for his players. “We want them to be football players, not actors,” the head coach said Thursday. “It’s Read more about Rams excited about ‘Hard Knocks,’[…]